Once again I have swopped the warm African sun for the cold, dark and wet winter in Germany.

As a reminder of the creative fun that can be had in the cold I decided to share with you a little sketch I did on an outing to our favourite forest last year.

There were lots of frozen puddles of water and I liked how clear they were, like solid three-dimensional piece of nature art. Feeling a bit homesick I instinctively decided to add some African imagery to it. Maybe something like rock-art on ice?

I happened to have a white Tippex marker with me and started to draw a kudu. I was moderately happy with that. So a bit further away I started again, drawing a person, thinking this might turn into a traditional hunting scene. 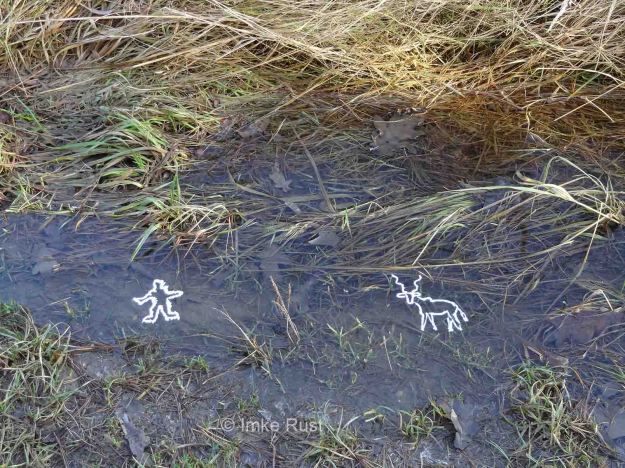 Kudu and man on ice in the forest

The lines I drew dissolved and moved in weird ways on the ice surface, so I did not have much control, and thought adding a bow and arrow would totally mess it up. I felt awkward and unhappy with both figures. It needed something interesting to happen to save it…

Along came the leopard. 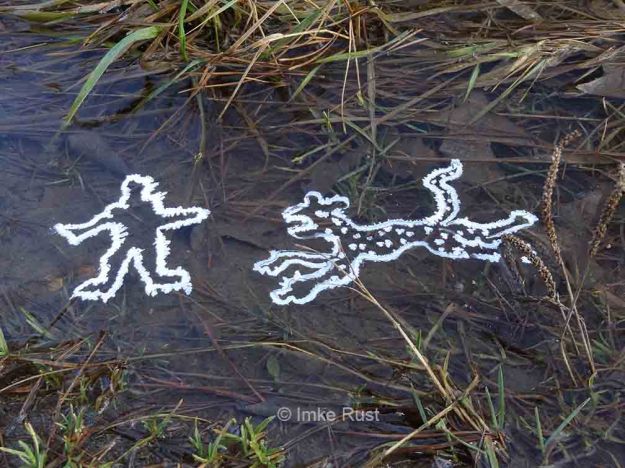 Leopard and man on ice in the forest

Interestingly the leopard started to chase the person and not the kudu, who was watching from a safe distance.

Unfortunately I cannot tell you how the story ended, as it got so cold, that I rather put on my gloves again and walked on. 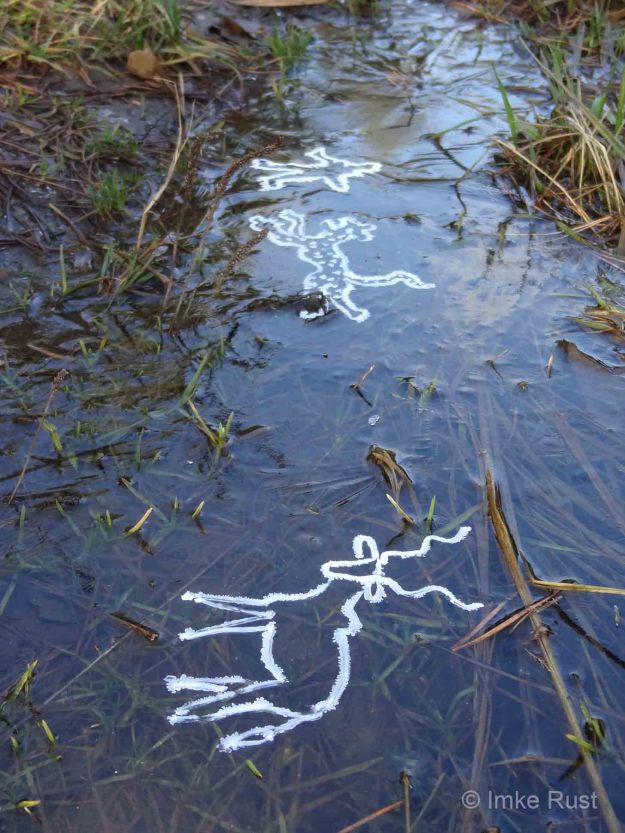 Wishing you a happy and playful week and the perfect weather for your creative expressions!

10 thoughts on “Leopard Sighting in the Forest” 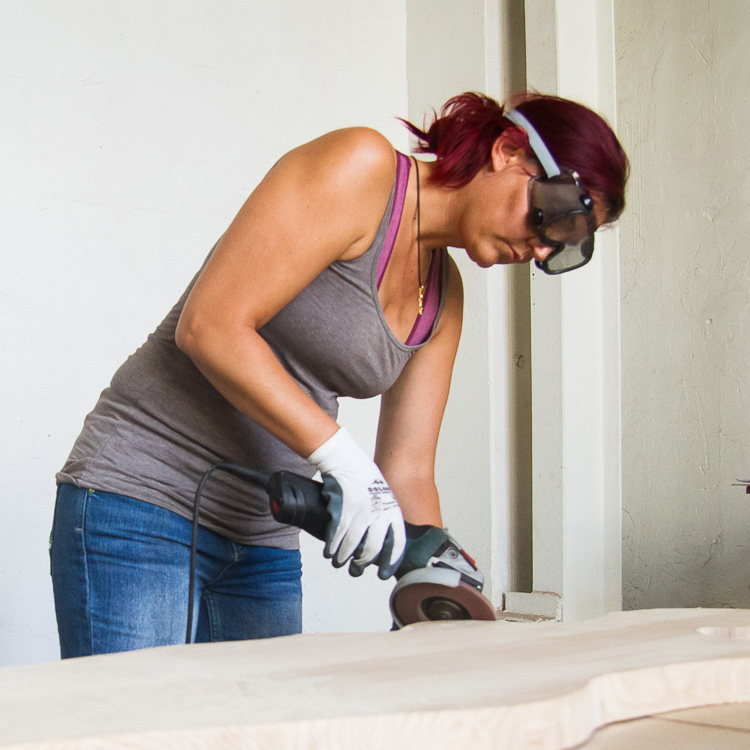 Half Angel (Mixed-media on paper, ca 29x21cm) sometimes we are only half as effective as we would like to be...
Sometimes we need a change and a blue horse in the timeline...
Under the Witgat Tree
In Company of Dark Clouds
Water & Wings
Nesting - New work in the studio
Details of new work happening in the studio.
From the series Roots and Branches
Dreaming of Wings
Letting Go and Gathering