(*a woman, or a force personified as a woman, who is the source of inspiration) 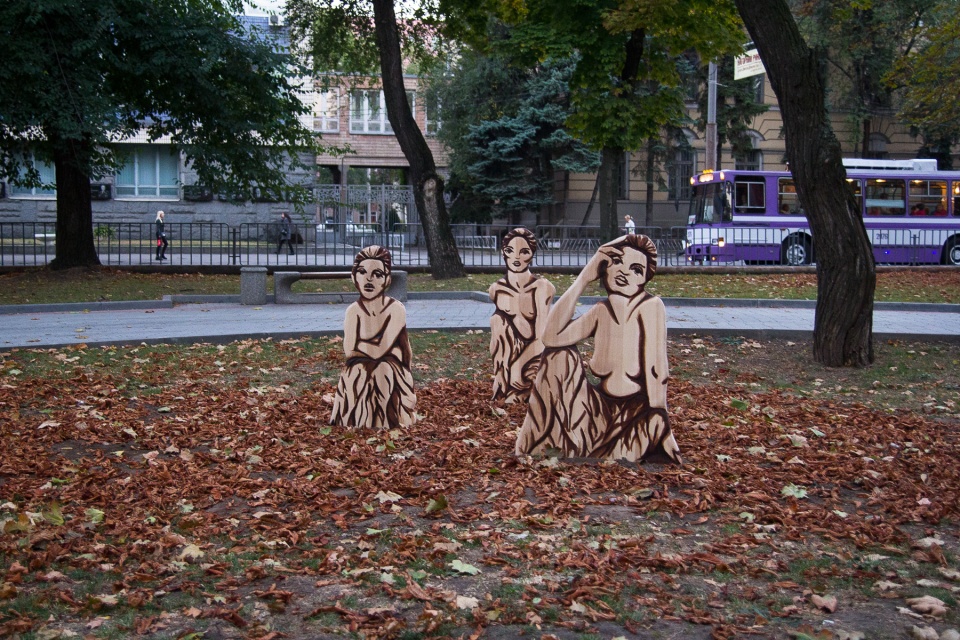 A public sculpture project by Imke Rust, initiated and funded by the German Consulate of Donezk and Arstvit Gallery in Dnipro City, Ukraine. September 2016

The Three Young Muses have been installed opposite of the Yavornytsky National Historical Museum to create a direct visual and conceptual link to the ancient Baba figurines. They are three young, modern-day women who relax on the grass of the park and contemplate the future.

In dialog with the ancient Babas, these young Muses hope to inspire modern society to re-embrace the female wisdom and power in order to balance the male and female energies in society. They also remind us that our generations are responsible to consciously envision and co-create our future.

Unlike their ancient stone counterparts, the Three Young Muses are made out of ash wood. Their wooden nature is symbolic for life, growth and transformation. The wood’s vulnerability and semi-permanent nature also represents our fast-paced modern times and reminds us to live in the present moment, as reality changes faster than ever. By focussing on the Now we have the power to determine and shape the future according to our highest vision. If you would like to know more about my thoughts behind this work, I have added some at the bottom.

We invite you to come and sit down with us to envision a wonderful future!

Video documentation (with the kind permission of Artsvit Gallery)

Some of the Baba figures which inspired the art project 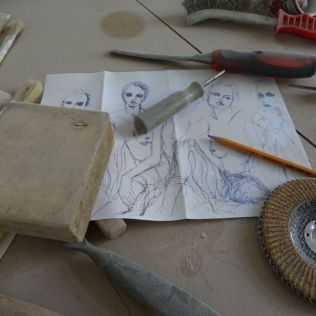 Working on the backs 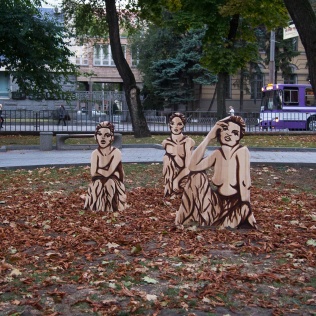