A public intervention on the Swakopmund Jetty, April 2012. (Namibia) 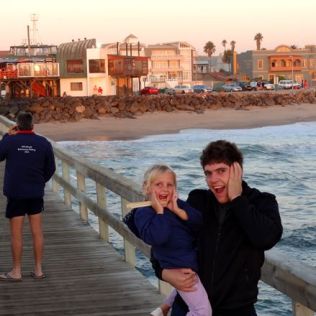 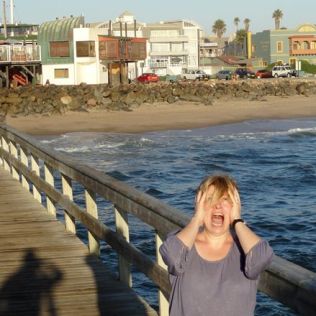 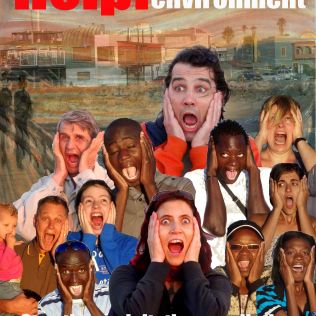 Postcard with several ‘screams’ Help Save Our Environment! (c)ImkeRust

In order to raise the local and global awareness about the dangers of the exploitation and destruction of the Namib desert and coastal area through mining and other proposed industrial developments, I initiated this public art action based on Munch’s painting “The Scream”. During the hour before sunset I asked passersby to re-enact the scene of the original painting to show their concern for our Namibian environment and have photographed their ‘screams’, while the whole action has been captured on film by Steffen Holzkamp of Onexa A+V.

You can view a short video documenting the intervention here.

Behind the scenes pics:

In 2011 I have painted my own version of the Scream (you can see it here). Munch’s “Scream” painting has always reminded me of the jetty in Swakopmund where I grew up, and slowly the idea developed for this art action. The title came from what Munch has said about his inspiration for the painting.

“I was walking along a path with two friends—the sun was setting — suddenly the sky turned blood red — I paused, feeling exhausted, and leaned on the fence —there was blood and tongues of fire above the blue-black fjord and the city — my friends walked on,and I stood there trembling with anxiety — and I sensed an infinite scream passing through nature.”
Edvard Munch (1863-1944) about his work “The Scream (of Nature)

Me re-enacting the Scream by Edvard Munch on the Swakopmund Jetty.

2 thoughts on “2012 An infinite scream passing through the Namib”