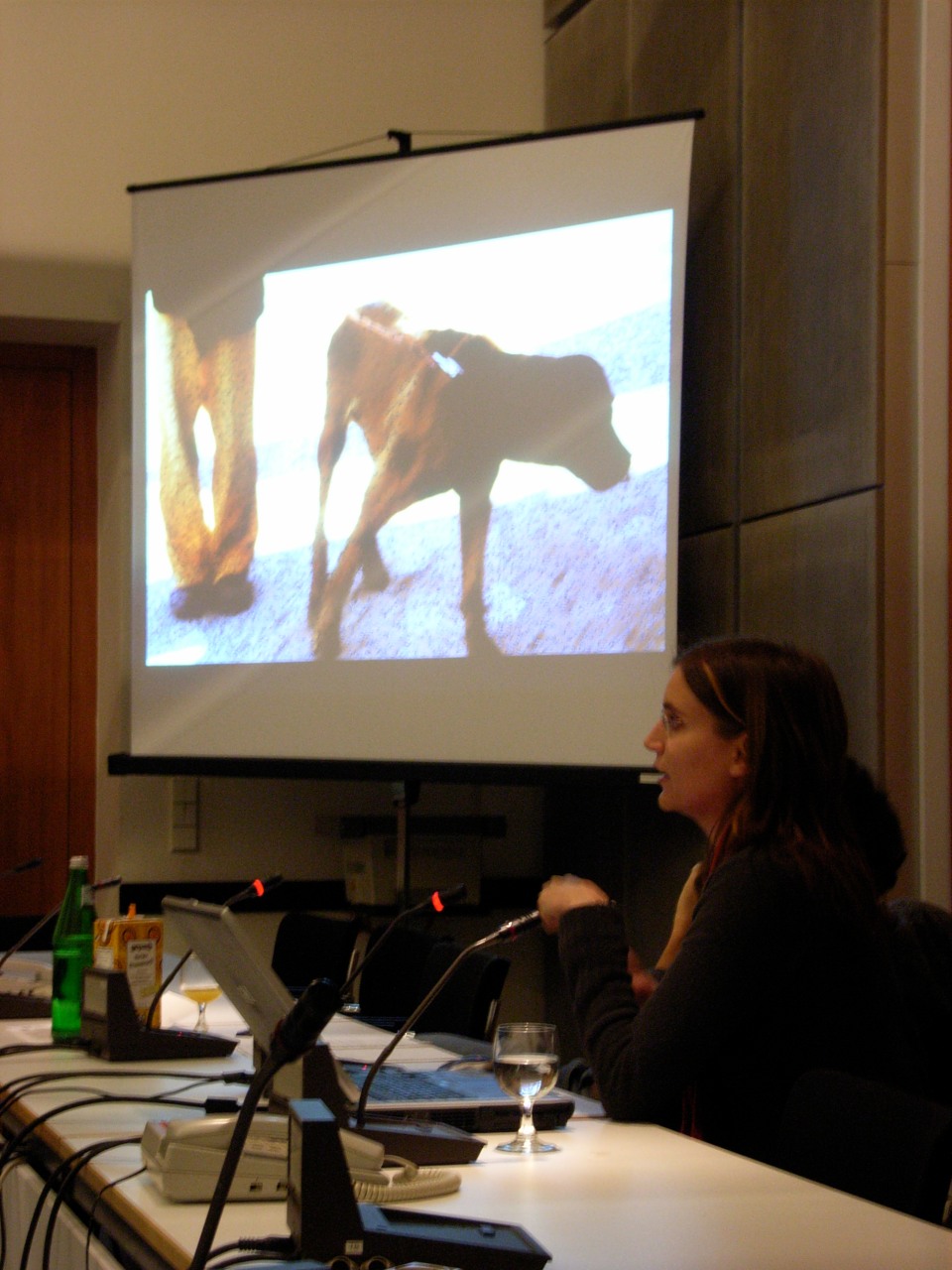 I have received an invitation by the DAAD to visit Berlin for 2 months (September and October 2006) on a stipend.  On my own account I have extended my stay for a further 1½ months, as I realised that I need more time to achieve what I wanted to.

The two months in Berlin have been a wonderful and exciting time, and I am happy that I could successfully use this time in a variety of ways. With the help of the Deutsch-Namibische Gesellschaft (esp Mr Juergen Becker) I have held two solo exhibitions (in the Atrium Youth Art School and the Bundespresseamt), and a third solo exhibition in the Rathaus Gallery of Reinickendorf, on the invitation of the Mayor of Reinickendorf.

I have also presented public talks about contemporary art in Namibia, the current political and social position of Namibia and historical aspects in connection with the shared history of Germany and Namibia. These talks and presentations have been held in the following venues:

Together with Oliver Schruoffeneger (Abgeordneter haushalts- und entwicklungspolitischer Sprecher, Bündnis90/Die Grünen) we have initiated the “shared experiences” Artistic Exchange Project of between Namibia and Germany, especially between Berlin and Windhoek, the capitals of the two countries who have an official city partnership. This project includes several cultural and art projects planed over  5 years in order to promote a dialog and exchange. I have used this time to meet with potential partner institutions, individuals, sponsors and supporters here in Berlin. The Namibian Ambassador in Germany (Prof.Dr. Peter Katjavivi) and the Mayor of Berlin, Mr Klaus Wowereit, have assured their support and consensus of the project.

During this time I also tried to attend as many art exhibitions and cultural events as possible, so that I can get a good impression of the cultural and art scene in Berlin. I have also attended several public talks and discussions in connection with contemporary African art, for instance the podiums discussion on South African Art at the Art Forum and Fachgespräch “Kultur: Zwischen.Welten – Positionen zeitgenössischer Kunst aus Afrika in Deutschland” organized by Dr Uschi Eid, Sprecherin für Auwärtige Kulturpolitik, Bundestakfraktion.

The time spent in Berlin has been a very enriching time and I am looking forward to share it with as many people as possible once I am back in Namibia. I have realised how important such an exchange is to further my own horizons, but also the horizon of the people I come into contact with (in Berlin and  Namibia). The feedback I got from individuals and groups who have seen my exhibitions, heard my talks or have met me through the work that I have done on the project, has been very positive. Many people commented how much they appreciated the new point of view, information and thoughts, which I shared with them.

I am looking forward to the continued contact I will hopefully have with the people of Berlin throughout the realisation of our art and cultural exchange project over the next 5 years. I would like to extend my sincere gratefulness to the DAAD for granting me this opportunity and all the people who have supported me during my stay 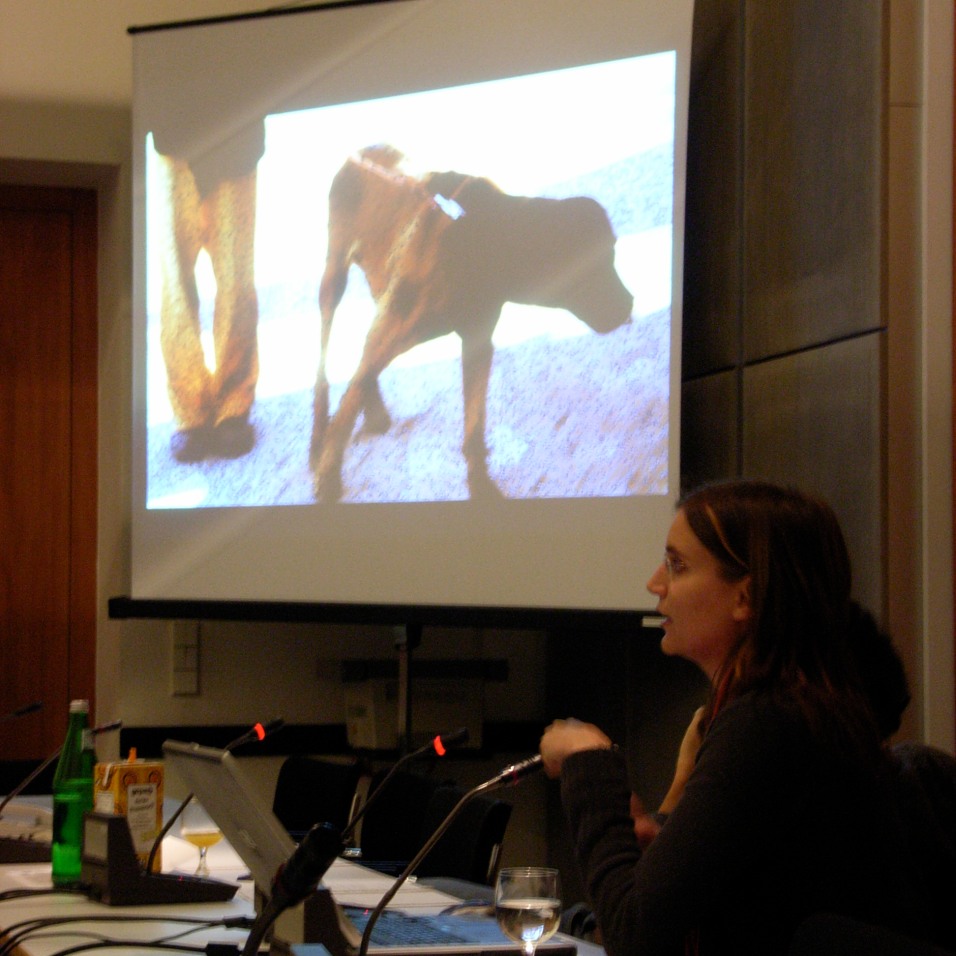 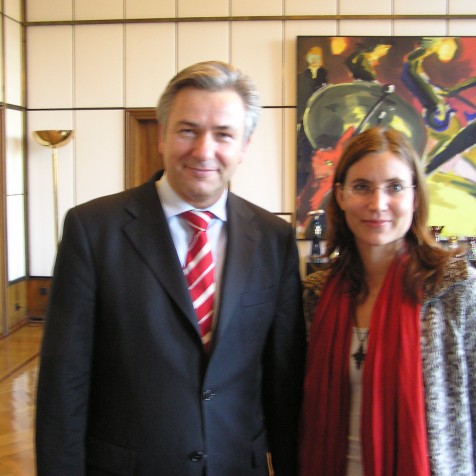 Meeting with the Mayor of Berlin, Mr Klaus Wowereit 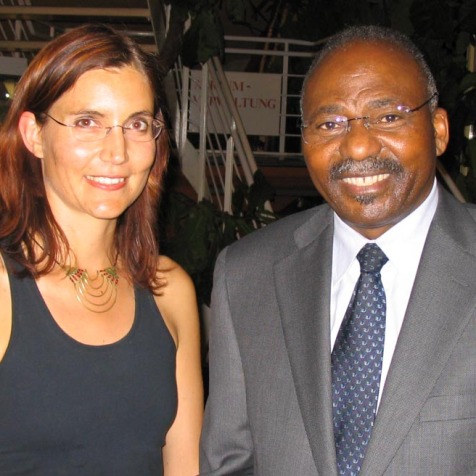 Imke Rust with his Excellency, the Ambassador of Namibia in Berlin, Prof. Dr Peter Katjavivi at my exhibition opening 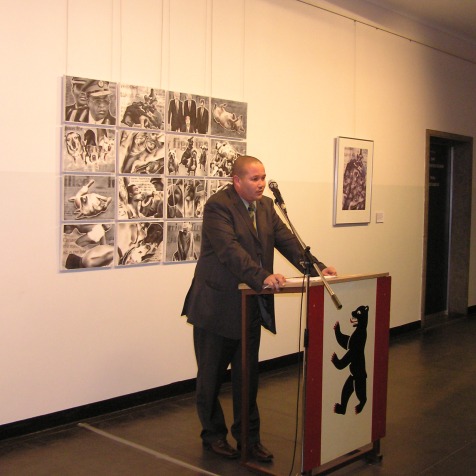 Gerhard Theron from the Namibian Embassy speaking at my opening. 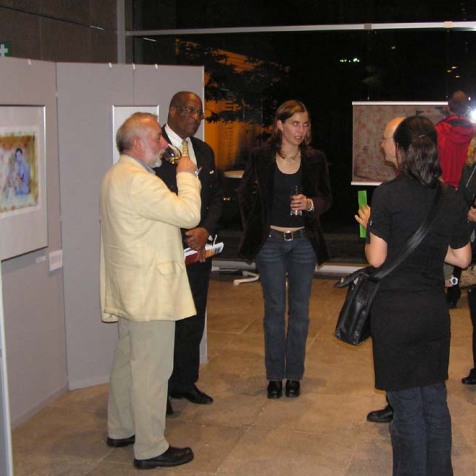 Talking to guest at my exhibition at the Bundespresseamt, Berlin.